HomeNewsTechnologyWearable Technology – The Next Revolution

Wearable Technology – The Next Revolution 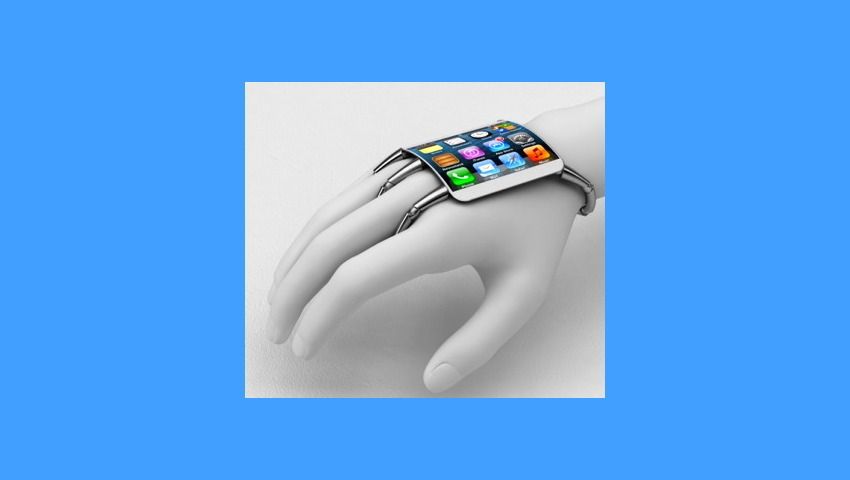 We’ve been dreaming about wearable technology for a long time. There have been many quirky ideas thrown around. Many of these ideas have been confined to the world of science fiction and curious oddities. Most never made it off the drawing board while some went on to become marketing experiments ranging from the whimsical to the weird. Many clunky prototypes have been made, mentioned and mothballed.

Over the past several years there have been better more useful gadgets produced and some have enjoyed limited success. Up until now, the devices have been generally trivial in scope and the market has been painfully small — all that is about to change. Now with advances in micro technology, mobile networking, and lighter more powerful mobile operating systems, the wearable market space is ripe for taking . . . and there are a lot of takers ramping up for the frenzy.

What is Wearable Technology?

Technically speaking, any kind of technology device that can be worn as an article of clothing or as an accessory by a person (or even a pet) is considered to be wearable technology. Basically anything which can be worn which also uses technology. Wearable gadgets commonly feature integrated technology such as motion sensors, camera lenses, microphones, speakers, GPS circuitry, wireless networking connectivity, etc. Examples of wearable technology include smart glasses which display Internet information, GPS monitoring lapel pins, RFID wristbands, and performance-calculating athletic footwear. These new devices have exploded into being from the natural progression of the mobile computing marketing into the now fertile wearable space.

The idea of wearable technology goes a long way back. Inventive people have always imagined interesting ways to integrate technology as an article of clothing or clothing accessory. The first devices were odd clunky gadgets that never really had a chance to become mainstream and were often outlandishly gaudy and of little practical use. Inspired by far out sci-fi concepts and eccentric imaginations, these early devices were more geeky than useful. Examples of early wearable gadgets included the calculator watch, spy tie, spy glasses, and display tee shirts (electroluminescent shirts).

Most of these products were limited to small markets and only a few enjoyed brief periods of success due to trendy popularity spikes which were short lived and never evolved into a modern sustainable market.

Too many forces are in place, too much technology has matured and the time has come. The revolution is upon us. By all accounts the shift to wearable technology is real and this time it’s a game changer. With advances in micro technology, mobile networking, and lighter more powerful mobile operating systems, the wearable market space is ready to explode. Up until now, wearable devices have been very limiting and the markets for them have been painfully small. All that is about to change

Big corporations are moving full throttle towards the wearable market land rush. Major players include Sony, Samsung, Apple, Google, and Nike. These companies are all actively marketing products in the wearable market space and have strong postures to become market leaders. In addition, each company has committed significant resources to the research and development of innovative technologies which promise to guide the new wearable trend into the coming revolution.

Sony already has a strong entry of products in the market including the promising SmartWatch and various eyewear products which emphasis rich multimedia experiences. Both Samsung and Apple are heavily engaged in the development of smart watches of their own. Google is nearing the final stages of developing its highly anticipated Google Glass smart eyewear which promises to deliver stunning visual experiences with enough integration into every day life it could lead the way for future smart eyewear development in the coming wearable age. Nike is leading the way with active smartwear (or sportsware) infused with mobile computing technology. The Nike Plus line is gaining traction and current research suggests more engaging products to come from the sportswear giant.

Many other companies will emerge as contenders. These include LG, Philips, Vuzix, Oakley, Fitbit, Jawbone, Wimm Labs, i’m SpA, MetaWatch, and Pebble Technology.

All of these companies are aggressively pursuing new technology and have working concepts and even full product lines of devices to make play for the hot new wearable market. More will likely emerge and competition will be intense.

Don’t count out the sleepers. With all the activity building in the wearable arena three companies come to mind that are relatively quiet. What are Vizio, Logitech, and Microsoft planning to do about the upcoming revolution. At this point it isn’t very clear, but we’ve learned not to count them out.

There may be more companies which are lying in wait to pounce on this market beside these 3, but Visio, Logitech, and Microsoft are in key positions to make a big splash if they decide to jump in. It’s worth watching to see what moves they will make in the near future.

The first wave of wearable technology will hit the market soon . . . very soon. What can we expect to see? By all accounts the rush will include a bevy of new smart watches and bracelets which will generally come with built-in features making them instantly useful. These will include proven mobile operating systems, Internet connectivity, integrated Bluetooth, custom mobile application support, GPS capability, and highly improved motion sensors. New offerings are already being marketed by major players Sony (SmartWatch via its Mobile Division) and Google (MotoACTV, via recently acquired Motorola Mobility). Even more gadgets have hit the shelves from contenders Wimm Labs, Meta Watch, Ltd., i’m SpA and Pebble Technology.

We can also expect to see many choices of what should generally be seen as smart eyewear. These range from the highly anticipated Google Glass to the outlandishly captivating 3D cinema experience eyewear by Sony which provide unprecedented visual experiences the likes of which we have only seen piecemeal.

Added to this will be the new collection of personal fitness gadgets and smartware spearheaded by the likes of Nike, Oakley, and Fitbit. These include everything from GPS enabled footwear, headbands, bracelets, clip-on monitors, and even clothing (using smart fabric technology). Most will come standard with Bluetooth, motion sensors, and direct (or indirect) connectivity to various cloud services.

This is just what is coming in the near future. The next wave is what has futurist, innovators, and investors alike abuzz with the possibilities.

Even with the coming saturation of new devices raining down upon us with their stunning new capabilities, it’s still the future that holds the most intrigue. What will the wearable revolution change? What new frontier will emerge?

The Era of Detachment

Could we be on the verge of seeing the phasing out the concept of “touch” and “hold” as we view personal technology? By all indications this is a real possibility. As new devices become more powerful and substantial overhead is moved to the cloud the only real limiting factors to the miniaturization and multi-functionality of these devices will be those technologies which remain built-in to allow for the touch connection. Removing these components from computerized gadgets in the future will make them amazingly light and more flexible creating a whole new application space for their use.

The growth of the cloud, which has taken away much of the heavy lifting for mobile computers, has pushed developers to explore new possibilities. Further, it is becoming clear that people can be quite content taking a “hands-off” approach to their computing devices. This has led to new improvements in sensor technology, voice recognition, and kinetic motion controls. Even brain waves are on the table as a medium for computer control and connectivity. Holding your computer or some input device which connects to it is fading as a primary means of interfacing in the future. It could be that the era of detachment with our computers is what lies ahead.

It sounds like science fiction. We could be literally wearing computing systems more powerful than today’s work horse PC. It turns out what constitutes a circuit board can be reduced to fine fibers woven into complex wearable circuits. From there powerful computing systems can be developed into the form of the lowly tee shirt or pair of shorts. This is the realm of 3D circuitry and stretchable electronics which researcher are working with to discover ways to integrate into dynamic, moving systems which operate in all kinds of environments and are not limited to a confined space. The brave new world of Smart Fabrics may be in its infancy, but underneath this bold new merger of science and technology lies a booming cottage industry waiting to emerge.

As this technology develops and the wearable revolution evolves there is no telling where it will lead.

Today the progression for wearable technology is primarily directed in the personal consumer market. Much of the outcome in this arena is predictable as we have seen with telecommunications and mobile computing leading the way. What’s unclear is the business component. It’s when you look at the business market for wearables that the possibilities explode in every direction.

Applications in the military could range from better ways to monitor troop movements to new intelligent controls for weaponry. The medical industry is brimming with possibilities. New life saving clothing could be used in the future provide mobile life support for critical patients. The list goes on from manufacturing to business services. Everywhere you look you discover the business market could be substantial.

Ultimately the idea of wearable space would likely transfer to the non-person. As the technology matures and evolves we can expect to see it used to develop smartware for animals, robots, cars, public transportation, and on it goes. Any application where dynamic, flexible, movable computing is needed the technology discovered in the wake of the wearable revolution seems to be inevitably a perfect fit.